OK, now I want to preface this by saying that I grew up in a household where BBQ was not a Summertime treat. It was a year-round past time and it didn’t matter if mother nature was feeling sunny and hot or trifling and cold, the head of our family was going to be outside cooking, basting, grilling or smoking things over special charcoals and woods regardless of what anyone else had to say about it. He was a master and it was an honor to sample the end result of all his hard work.

I still wonder from time to time if other families woke up at 9 am on a snow day and thought to themselves, “Why are they over there BBQ’ing after 9 inches of snow have just touched the ground in the last 24 hours?!” But I digress.

I often feel nostalgic for that BBQ the same way I do for the mac-n-cheese that only the matriarch of my family could craft. She legit used to buy Velveeta and trade it for the cheese that everyone in our community knows makes the best damn macaroni and cheese. (But I’ll digress on this point too!) This was also a savory delight that perfumed my childhood home with a wafting smell that tantalized a youngin like me far too often. I was the foolio that snuck a spoonful before it was cool and burned my mouth each and every time with the accuracy of a 2003 computer on an old-school CD.

Lastly, my aunt makes a banana pudding that is so sumptuous and velvety you’d swear it was prepared by the hands of the Banana Pudding Baby Jesus himself! There are only two other words to describe it, ah-mazing!

So, now why am I on this lovely trip down memory lane that is probably making you as hungry as it is me? Well, that’s because I have come across something that I never thought I would see in a million years. And it’s worth sharing!

After finding myself with an additional day in Austin, TX to search the city and see the sites independently of work, I was encouraged by friends to try a restaurant that was a Hip Hop themed BBQ joint in which the menu is aptly named after notorious rhyme spitters, the decor is graffiti and the taste is banoodles. Upon meeting Jason and Raf the owners, I decided to give it a shot.

I ordered a chicken sandwich, mac-n-cheese and the banana pudding with a cookie in the shape of Biggie Smalls and had a seat at the bar to take in the decor. Holy Meg Ryan Batman! Never in my life have I made that much noise in a restaurant! I’m talking to the point of embarrassment! After each bite of the “Chicken W.A.” aka Chicken With Attitude sandwhich, I kept mumbling words like, “Incredible” or “OMG This is so amazing!” or “Damn!” and I have to tell you it wasn’t an easy feat to prevent myself from ordering another one. The mac-n-cheese was so gooey and rich and smooth it was borderline addictive from the very first bite. And lastly the banana pudding could only be described in one word; EVERYTHING!

I sat at that bar and did all but lick the tray clean forget about a plate! They were some of the most delicious bites of food that I’ve ever sampled and I am almost ashamed to admit that I publicly stated that it was even better than my beloved family members food. I don’t feel good saying that but it’s in fact true.

Shortly before my visit they had a very famous spikey haired individual stop through and check them out. Take a look at what they cooked up with Guy Fieri for Diners, Drive-Ins And Dives below!

My advise to you, if you are going to be in the Austin area is to go. Check out the dope decor and perhaps there will be someone doing a few cool entertainment type things while you’re there. But I have to say, if you are anything like me you won’t care! You’ll be too glued to the bite in your mouth and all of the ones after that!

Here is how you can check out the good folks at SLAB!

Skyy Hook Administrator
Skyy Hook is the Editor-In-Chief of The Hollywood Shuffle as well as an On-Air Talent for Sirus XM’s ” The Wake Up Show” in addition to being the owner of Skyyhook Radio and COO of the Flvr By Jordana collection.
email
Skyy@thehollywoodshuffle.com
follow me
Latest Posts
Related tags : austinhip hop themedslab bbqthe hollywood shuffle

Editor’s Choice: What 2019 Cinematic Dopeness Is Yet To Drop [TRAILERS] 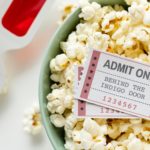 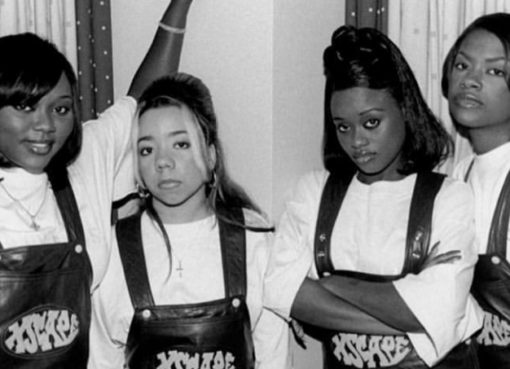