The deal gives her the opportunity to develop and produce different types of television series across Lionsgate’s different platforms.

“I couldn’t be more excited to be working with Lionsgate,” Blige said in a statement. “They are incredible collaborators and have been natural partners from when we first started talking. I can’t wait to bring all of our projects to life.”

“Mary is a very talented artist, fearless visionary and an incredible human being. We’re delighted to be working with someone with such a powerful and impactful creative voice,” Lionsgate Television Group chairman Kevin Beggs added. “Every art she touches blossoms and we’re humbled she’s chosen us as her home. We look forward to all the exciting new content Mary and her Blue Butterfly banner will bring to our television slate and Lionsgate 360 orbit.”

Mary has been busy lately. She’s currently on tour with Nas, she’s working on her next album, My Life II… There’s Something About Me, My Self & MaryJane (Act 2), she’s been acting, most recently in the Netflix show Umbrella Academy, and then in upcoming films Pink Skies Ahead, Violent Heart and Body Cam. She will also provide vocals in Trolls World Tour. 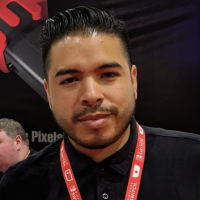 Q. Salazar Administrator
Quibian Salazar-Moreno is co-founder of The Hollywood Shuffle. He’s an experienced entertainment journalist based in Los Angeles, by way of Denver, Colorado.
follow me
×

Q. Salazar
Quibian Salazar-Moreno is co-founder of The Hollywood Shuffle. He's an experienced entertainment journalist based in Los Angeles, by way of Denver, Colorado.