After a few random circumstances brought her to the attention of Wu-Tang Clan maestro RZA, Tekitha was immediately put to the test by filling in for the unavailable Mary J. Blige in the video version of Ghostface’s “All That I Got Is You”. Safe to say she passed that test with flying colors because she was then put to work on the Clan’s classic double LP, Wu-Tang Forever, on tracks like “Heaterz”, “Second Coming”, and the consensus favorite, “Impossible”.

More Wu work followed for the Sacramento native along with a turn on KRS-One’s Kristyles album, and a huge international look as a featured vocalist on Armand Van Halden’s chart-topping “Mother Earth” which reached No. 1 on the U.K. dance charts.

Since then she’s been on the independent grind releasing an album in 2010 called The Prelude and a slew of singles throughout the years while raising her daughter, Prana.

Now ready to jump back in the game with new music, The Hollywood Shuffle recently sat down with Tekitha to get the 411 on her new single featuring Torae called “Emotional” and her upcoming album, Week Of The Phoenix.

THS: In your own words, who is Tekitha?

Tekitha: I was born and raised in Northern California and when I was younger, I was a national competitive gymnast. All of my aspirations were gymnastics related and I was once interviewed by the local news as a Sacramento Olympic hopeful for the 1992 Games. I had no idea music would be my future and my calling.

THS: How did you discover your artistry and decide you wanted to pursue music?

Tekitha: I discovered my artistry as a poet and started creating songs out of the poems I would write. Most of the people who knew me would describe me as an MC who sang. It wasn’t until later on that the singing started to become a main focus. I’m not one to crave the spotlight or always want to be center of attention and I absolutely detest needless criticism. So as I grew as an artist, I thought to myself, “I have to share this gift that has been given to me.” Because it’s a gift, it’s my job to look beyond my comfort zone and be intentional in its message.

THS: How did you end up connecting with the legendary Wu-Tang Clan?

Tekitha:  When I was living in Chicago, a friend of mine came from Cali to visit. I played him the first three songs I had ever recorded and he loved it. After he left, I noticed the CD was missing. Unbeknownst to me, he had taken it with him to the Million Man March in DC where he met up with friends of his who just happened to be Wu-Tang. The CD ended up in the hands of Howard Edwards who was a part of the Wu management team. Within a week I was flown to NYC to meet RZA and the rest of the clan and the rest was history.

THS: What was the energy and experience like being in the studio with the Clan?

Tekitha: Vibrant and alive! Each one of them has a different approach to expressing themselves and to watch the process play out was pure magic, with a side of chaos!  By the time I joined, RZA had his first 36 Chambers recording studio in midtown Manhattan. Those sessions were more like an on-going party than a controlled work environment. More often than not, there would be more of an audience than performers in the studio. Everyone drinking, smoking and laughing but you would always find one or two Clan members writing verses with another in the booth. RZA would be working at the board in the midst of it all. Even with all the activity in the room, everyone was still focused and extremely disciplined.

THS: Tell us about your new single and video, “Emotional”?

Tekitha: “Emotional” feat. Torae is a song from my upcoming album, Week of the Phoenix. It’s a collaborative project between myself and producer/singer/songwriter Ahmed Soultan. When I started to think about the kind of statement I wanted to make with the music I knew it was time for my sound to expand and evolve. I was being sent beats from all over the world and although a lot of the production was great it wasn’t capturing the essence of what I was looking for. When I met Ahmed there was an instant musical connection that really inspired me.

I traveled to Morocco to visit Ahmed in his village and really got a hands-on experience of his culture and influence. I was instantly immersed in a vibration that refreshed and re-energized me. It was everything I needed in order to get to work. This project has brought me a new sense of self creatively and we wound up shooting the video in Morocco and Paris. It shows the vast beauty of North Africa with scenes from the Moroccan home of world renown, Chilean artist Claudio Bravo and we also captured the historic streets of Montmartre, Paris where legends like Eartha Kitt and Langston Hughes lived and found their own inspiration. “Emotional” is essentially a conversation about the complexity of relationships and questions their stability. It’s about the questions one may ask of their partner like, if the love they share will remain or if the walls built around them will keep the love at bay. This is my story.

THS: As an independent artist, how do you feel about where the music biz is today in terms of how technology has changed it and the absolute need for major label support not being what it was in the past?

Tekitha: I believe the advances in technology have been a gift and a curse to be honest. On the positive side, it puts more control in the hands of the artist to reach its listener and/or potential buyer directly. But on the negative side, streaming has allowed the public to get the reward of listening to the creative work of the artists without any true, viable financial commitment to the artists themselves. With all the skill and emotional work it takes to produce music, it shouldn’t be damn near free. This isn’t a reasonable exchange in my opinion. This new practice is requiring artists to also become savvy marketing and sales people. The upside of this I guess is that it forces a lot of artists to become more vigorous in their understanding of brand development and business building. It’s not so fun for those who don’t have the innate skill to do so…hence it kinda being a gift and a curse.

THS: Do you have a specific formula that you use or routine you follow as far as creating music?

Tekitha: I really don’t. It usually depends on the circumstance. Most of the time songs float into my mind when I’m doing very mundane things. I’ll generally stop what I’m doing and give it my attention. The melody forms first and then, I’ll add the story. In my collaborations, sometimes I’ll get the music first, find the melody easily and the story follows up. In my work with Ahmed Soultan, it was the first time I had a producer form the melody from the composition and I wrote the songs accordingly. I found that to be the most challenging because I hear so many melodies in my head. It was tough to latch on to the interpretation of someone else but we fell into a rhythm and its basically down to a science now. I love it.

THS: Being a wife, mother, artist, and business owner, how do you maintain it all and find balance?

Tekitha: I find balance through the support of my village. When my daughter Prana Supreme was born I had a very strong desire to create an environment that was nurturing and balanced. But I also knew I had to create at the same time. This would require us to travel extensively throughout her childhood. I was fortunate to have a co-parent who values my artistic contribution and continually supports my effort in raising her whether near or far. When I married things became more challenging as I had to consider the happiness and goals of another adult rather than a child who was accustomed to the lifestyle we lead. I am now realizing that taking things one day at a time, along with mandatory moments of silent reflection each day inspires peace and clarity. It enables me to take on each task with excitement and gratitude. So that and vodka.

THS: What are three of your all-time favorite albums?

Tekitha:  This is always tough to answer because it can literally change on any given day. So today I’ll go with Miles Davis’ Kind of Blue, Stevie Wonder’s Songs In The Key of Life and I’m torn between Wu-Tang’s Enter The 36 Chambers and Nirvana’s Nevermind as a bonus.

THS: What’s something people would be surprised to know about you?

Tekitha: I have suffered from anxiety since I was a teenager.

Tekitha: Do your best to surround yourself with people who support and believe in YOUR vision.  Look for partnerships who look to assist but not take over.  Always remain open to constructive criticism and direction.

Tekitha: “We carry inside us the wonders we seek outside us.” -Rumi

THS: What’s next for Tekitha?

Tekitha: Up next is of course the release of Week of the Phoenix. We’ll follow that up with my collaborative venture with my daughter Prana Supreme. I’m very excited about that project. Other than that, it’s just going to be more creativity, vulnerability, and openness. 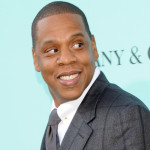 Natural Born Hustla: Jay-Z Gets Into The Legal Marijuana Business

It Was Written: It’s Never Too Late To Get To Know Rob Markman 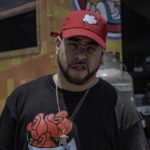 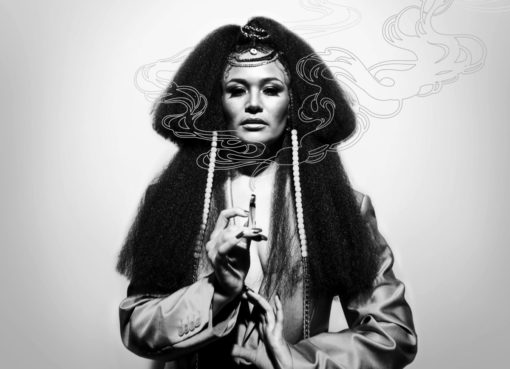 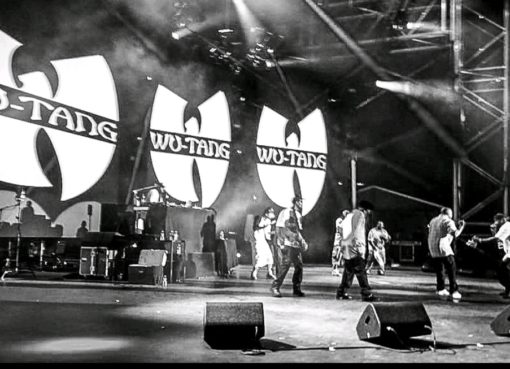