A radio pal of mine has cancer. He has been battling this vile disease for the last 5 years and to look at him, you would never know it. To say that he is a trooper would be the equivalent of saying that a flower is sort of pretty or that a child’s laughter is kind of sweet. You see, he is not dying from cancer. He is living with it. There is a very big difference. He knows this and everyone who loves and supports him knows it too.

It’s so astonishing to watch him live his life out loud this way on Instagram. One moment he is on a stage with Fat Joe or Remy Ma and the next he is showing us his weekly visit to the hospital where he waits patiently for his IV bag to empty. And we’re glued to his timeline like the flies on the wall that we are because while it’s a heartbreaking thing to see when he is not feeling well, we care too much to simply look away. It’s like you are invested in seeing this man win because he is so honest in his existence. His highs and lows are on display not for our amusement but to inspire others who may be going through it or who are afraid of what cancer seems to be.

No one who is watching is walking in his Jordans or going through his pain. So, people are dependent upon him to talk about the journey and explain what it feels like. Sometimes he looks so tired or like he just doesn’t feel like having a camera in his face. And yet Pretty Lou is coming to us live and direct and telling us how it’s going for him. He keeps it real and shares the good, the bad and the ugly of the disease.

However, the negative is always accompanied by a positive. As he also talks about how amazing his life has been since his diagnosis. He explains that this is the case because it’s forced him to confront life and to actually live it. He speaks on cherishing those loved ones around you and living each day with a positive attitude and outlook. He is just inspiring…simple and plain.

So, when he went into the hospital to get an aggressive type of chemotherapy over a 5 day period in which the level of potency for the chemo was stepped up over the days, people held their breaths and prayed that he would come out on the other side of the ordeal stronger and happier. What no one expected was the question he asked live viewers in the middle of the night on Night 4. That question being,

“Am I an inspiration to you guys?”

I can’t speak for everyone, but I know that it personally took my breath away to hear him ask this. Here he was checked into the hospital to undergo some arduous, tortuous chemotherapy treatments and this was what was on his mind. He wanted to know if he was failing people or giving them what they needed. When I for one, was personally sitting there at the exact same time wondering how many people were inspired by him. Or how many people he may have convinced to go to the doctor and get checked out just by telling his story all of this time. It spoke so many volumes about his character and his heart.

So, to publicly answer his question the answer is yes. Yes, Lou you are an inspiration. You are brave and strong and powerful beyond measure. The fact that you are living your life in front of us with no hesitation in hopes that you can be there for someone else who may need to know what it is really like to go through all of this is close to saintly. Anyone who has ever experienced a chronic illness while trying to merely exist within the entertainment realm can attest to how fatiguing a regular “day at the office” can be. Most would never contemplate putting that out there for all to see. But you are wearing this illness almost as a badge of honor and fighting the good fight day after day with all of these eyes on you as you do it. How in the world could you not be an inspiration or 100% revered for your sacrifice? You are a testament to what being a good person means and I think that you deserve much more than a few paragraphs on a page on a site. You sir, deserve a cure, a long fulfilled life and a genuine badge of courage. Thank you for all you do and all you’ve done.

We’ve lost so many people in the entertainment field due to a lack of healthy habits. Too many people to name have left us early without their roses. Pretty Lou deserves every metaphorical rose we can throw and a positive thought sent up as well. And we just thought that beyond a shadow of a doubt, that he should know it. Hopefully, now he does.

Skyy Hook Administrator
Skyy Hook is the Editor-In-Chief of The Hollywood Shuffle as well as an On-Air Talent for Sirus XM’s ” The Wake Up Show” in addition to being the owner of Skyyhook Radio and COO of the Flvr By Jordana collection.
email
Skyy@thehollywoodshuffle.com
follow me
Latest Posts
Related tags : chemofck cancerhot 97pretty lou 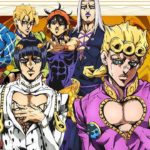 WATCH: Taking Stock is a comedy series from MailChimp 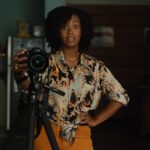